Krishna and Ganesh show up early and we head out to see the city.  First stop is Golcondra Fort.  The building of this fort started in 1518.  Built on the highest spot in Hyderabad.  The region had some of the most successful mines in the world.  You may have heard of the Hope Diamond?  Many other famous jewels were mined and traded here.  Kohinoor one of the largest in the world weighing in at over 105 carats.  That’s a lot of carats. 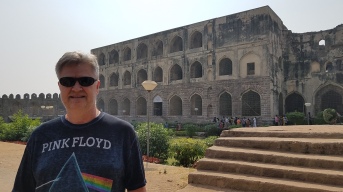 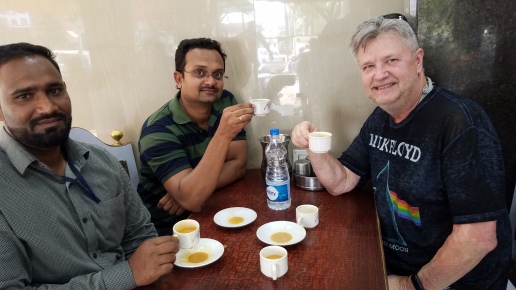 In the garden area in one of the pictures below is the market where the diamonds were sold.  There are 7 tombs for the 7 rulers that reigned on the period the fort was in use.  The door here is the oldest working door in the country.  This is part of a double door main entry.  The access to the door comes from a path on the side.  From the front there is a big wall.  This wall was built to prevent attack.  giving a small space from the side the elephants used for ramming cannot get enough speed to do damage.  Above the door is an access hole to pour burning oil if the party at the door is not welcomed. 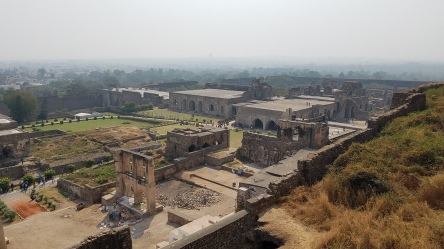 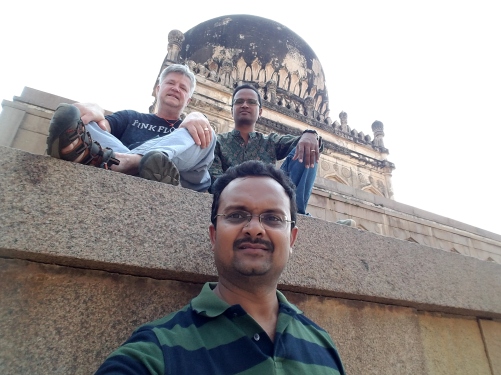 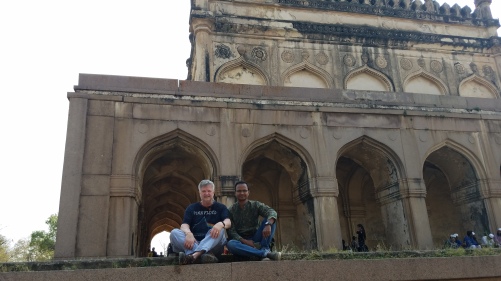 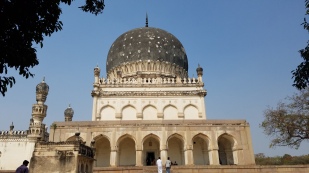 Today we also came across the famous Boabab tree.  This little guy from Africa came here several centuries ago.  Estimated to be over 400 years old.  I tried to tell Ganesh and Krishna to “look” but don’t touch!  Not sure why it’s so dark in there.  http://www.journeyplanner.co.in/tour/hatiyan-jhad-biggest-baobab-tree-in-india/#.Wm4QGmiWZEY 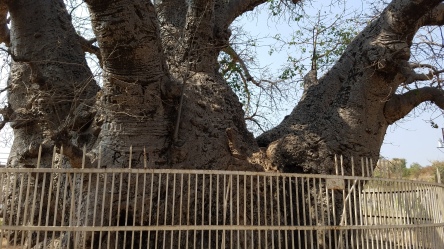 One thought on “Golkonda, Iranian tea and the tombs.”